We Review THE WATCH. Amazon Streaming: “A bit of Sci-Fi/Comedy Awesome!” M.R.

The Watch (previously known as Neighborhood Watch)[3] is a 2012 science fiction comedy film directed by Akiva Schaffer and written by Jared Stern, Seth Rogen and Evan Goldberg. It stars Ben Stiller, Vince Vaughn, Jonah Hill and Richard Ayoade. The film follows Evan (Stiller), Bob (Vaughn), Franklin (Hill), and Jamarcus (Ayoade), a group of neighbors who form a suburban neighborhood watch group. When they uncover an alien plot that threatens the world, they are forced into action.

The film began development in 2008 under producer Shawn Levy as a teen-audience targeted project written by Jared Stern. Between 2009 and late 2010, the project saw different directors and stars join the project, until November 2010, when it moved in a new direction under Rogen and Goldberg who rewrote the script aiming towards an adult-oriented audience. Filming began in October 2011, in the state of Georgia and concluded in January 2012.

The film’s marketing campaign was affected by the 2012 shooting of Trayvon Martin by a neighborhood watch member. As a result the campaign was refocused on the alien premise instead of the film leads, and the film name was changed from Neighborhood Watch to The Watch. The film was released on July 27, 2012 in North America. It received generally negative reviews, with criticism focused on the plot, frequent “vulgar and offensive” jokes and product placement. The lead cast were more positively received.

I watched this thinking it was another spoofy comedy with Vince, Ben, and Jonah.

It was a bit silly as they created the neighborhood watch, but then the sci-fi part of the film kicked in and WOW I was loving it. As good a movie as I’ve seen in a while, but very hard to compare with other works. It is more serious than Mars Attacks, Galaxy Quest, or Paul, but not as serious as Pitch Black, Alien, or Predator. If you liked 4 of the six movies I just named then you’ll definitely like “The Watch.”

All in all this movie is a bit of Sci-Fi/Comedy Awesome! 4 stars — M.R.

Find: The Watch at Amazon

Skyfall is the twenty-third spy film in the James Bond series, produced by Eon Productions and distributed by MGM and Sony Pictures Entertainment.[3] It features Daniel Craig‘s third performance as James Bond, and Javier Bardem as Raoul Silva, the film’s villain. The film was directed by Sam Mendes and written by John Logan, Neal Purvis and Robert Wade.

In the film Bond investigates an attack on MI6; it transpires that it is part of an attack on M by a former MI6 operative, Raoul Silva. The film sees the return of two recurring characters after an absence of two films: Q, played by Ben Whishaw, and Miss Moneypenny, played by Naomie Harris. Skyfall was the last film of the series for Judi Dench who played M; a role which she had played in the previous six films. The position is subsequently filled by Ralph Fiennes‘ character, Gareth Mallory.

Mendes was approached to direct the film after the release of Quantum of Solace in 2008. Production was suspended when MGM encountered financial troubles, and did not resume until December 2010; during this time, Mendes remained attached to the project as a consultant. The original screenwriter, Peter Morgan, left the project during the suspension. When production resumed, Logan, Purvis and Wade continued writing what became the final version of the script, whilst incorporating Morgan’s ideas. Filming began in November 2011, and primarily took place in the United Kingdom, China and Turkey.

Skyfall premiered on 23 October 2012,[4] and was released in the United Kingdom on 26 October 2012.[5] It was the first James Bond film to be screened in IMAX venues, although it was not filmed with IMAX cameras.[6][7] The film’s release coincided with the 50th anniversary of the James Bond series, which began with Dr. No in 1962.[8]

I love James Bond movies, and I am certain this one will grow on me, but there was no super sexy scene with a Bond Girl, no great Bond Girl at all really.  The bad guy was also a little off for a Bond Villan.  The story went from spy tale to a revenge thriller and beyond and was a bit of a disappointment for me.  I expect extreme diabolical plots from super villans, not a crazy guy bent on killing a single person.  This was an exciting movie, don’t get me wrong. I just don’t feel like I saw a Bond movie.  I feel like I just watched an English Jason Bourne instead. 3.5 stars, losing a full star for lack of Bond Girl and Bond Villan, and another half for not being a spy movie. — M.R. 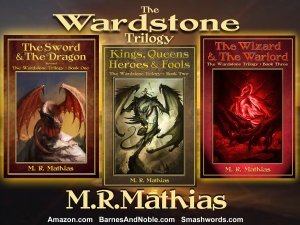 GIVEAWAY RULES: Begins November 1st 9:00AM PST
1) Open To Anyone

2) Only One Entry Per Household (Multiple Entries Will Be Disqualified)

6) Winner Will Be Randomly Selected and Notified By Email

These books are included in the prize Kindle Fire. More are being added every day.
Please support these indie authors
Dead of Knight by William R Potter
Full Frontal Stupidity by Barry Parham
Glimmer by Vivi Anna
NoahZarc: Mammoth Trouble by D. Robert Pease
The Boy whoLit up the Sky by J. Naomi Ay
Space Orville by Jeff Whelan
MourningSun by Shari Richardson
Excuse Me, My Brains Have Stepped Out by Pandora Poikilos
Awake by Scott C. Smith
Photo Finish by Terry Ambrose
Leaving the Hall Light On by Madeline Sharples
DarkMind by Jennifer Chase
Task Force: Gaea by David Berger
The Billionaire Playboy by Christina Tetreault
L’Amore Perfetto by Cynthia Kimball
The SHIVA Compression by Tim Queeney
Pump It Up by Tim Baker
Murder Takes Time by Giacomo Giammatteo
The Spirit Clearing by Mark Tufo
Closed Doors, a Trilogy by Rich Weatherly
Blaming Japhy Rider: Memoir of a Dharma Bum Who Survived by Philip A. Bralich, Ph.D.
The Sugar Divorce by Suzanna Stinnett
Dragon Fire by Pedro L. Alvarez
Last of the Seals by Greg Messel
The Groovy Granny by Heather Grace Stewart
The King’s Ransom by Cheryl Carpinello
The Bridge Club A Novel by Patricia Sands
Godspeed by February Grace
Kiss Me, I’m Irish by Bella Street
The Exiled Son by Mattius C. S. White
Athine Verses: The Beginning by Shannon McRoberts
The four letters of love by Nadina Boun
Weighing My Options by Shawneda Marks
Twisted Vengeance by Jeff Bennington
Margaret of the North by EJourney
Double Crossing by Meg Mims
Special Offers by M.L. Ryan
Lost and Found by Lori L. Otto
The Fargenstropple Case by Lia London
Seeking a Scribe: Enchanted Bookstore Legend One by Marsha A. Moore
A Murderous Game by Patricia Paris
Finding Time by Steve Poling
Metal Magic: Talisman by Derek Donais
The Ninth District by Douglas Dorow
Finding Jennifer by Dave Folsom
Bet you can’t…find me by Linda S. Prather
Moonlight by Katie Salidas
Forgotten Treasures by Lisa Kessler
Mom’s on the Roof by Cynthia Meyers-Hanson
Doing Max Vinyl by Frederick Lee Brooke
Hide and Seek by Jenny Hilborne
The Shadow of Black Wings by James Calbraith
The Princelings of the East by Jemima Pett
BREAKUP: Enduring divorce by Leo Averbach
Zero Point by Tim Fairchild
Have You Seen Her? By Chicki Brown
The Briton and the Dane by Mary Ann Bernal
Demon Inhibitions by Gary Starta
Welcome to Sarnia by Jan Musil
Game 7: Dead Ball by Allen Schatz
The Charm by Alana Siegel
TheLast Jump by John E. Nevola
Sorcerer’s Duel by W.H. Cann

A Man Overboard by Shawn Hopkins
The Spruce Gum Box by Elizabeth Egerton Wilder
The Furlites of Aroriel by Marie J. S. Phillips
The Plotters of Cantaera Book 1: Enemies by Paul Philip Carter
Overload by Thomas Rowe Drinkard
Ice On The Grapevine by R.E. Donald

The Bridge Club by Patricia Sands
The Medicine Game by Darryl Bollinger
Be Encouraged: A Daily Devotional, Volume 1 by Gregory A. Johnson

Verliege by Micheal Rivers
A Game of Proof by Tim Vicary
Guardian Cats and the Lost Books of Alexandria by Rahma Krambo
So Wonderful As Want by Joyce DeBacco
State of grace by John R. Phythyon, Jr.
MoonDust by Jennie Nicassio
Fall Leaves and the Black Dragon by Erik Gustafson
Sold on You (Tropical Heat Series, Book Two) by Sophia Knightly
The Hideaway by Mary Reason Theriot
Willowtree by Mike Bove
Reaper’s Return by Ren Cummins
Terminal Departure: A Cleo Matts Novel by Joe Crubaugh
Blood-Rose Guardian Book 1: Elizabeth by Daisy-Jane Maxwell
When the Eagle Flies with the Condor by Sue McGhee
The Butterfly & The Bull by Stuart Haddon
The Beautiful American by Marilyn Holdsworth
Blood on the Orchid by R. Harris Harrison
The General Store by Wright Forbucks
Forging Truth by Raymond F. Masters
Enlightened – A Light Tamer Novel by Devyn Dawson
Doppelganger by Milda Harris
AReel Cool Summer by Martha Rodriguez
Return Of The Beast by Gary Val Tenuta
Dark Dealings by Karen Victoria Smith
Sparks Ignite – Part One of White Fire by J. A. Gouthro
FOR EVERY ACTION There Are Consequences by Gail M Baugniet
Summoned by Susan Leigh Noble
Heaven or Hell by Roni Teson
Henrietta The Dragon Slayer by Beth Barany

Bone Dressing by Michelle I. Brooks

Tides of Grace: Book 1 of The Grace Sextet by Weldon B. Durham